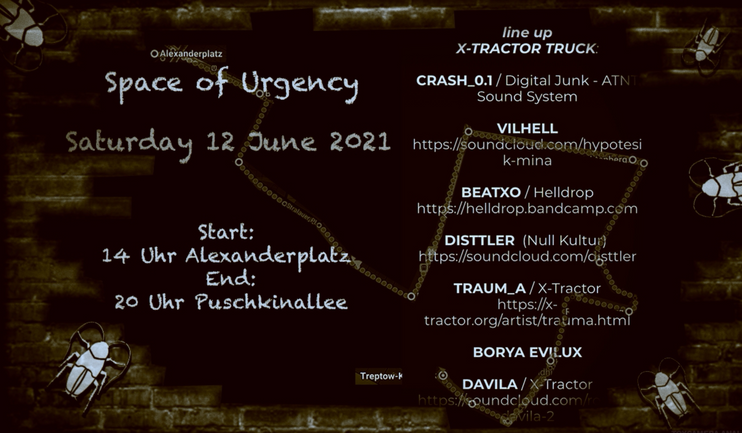 We will be demonstrating in Berlin, because of the rapid disappearance of socio-cultural venues, clubs, self-determined housing & free spaces. These spaces of urgency are crucial for Berlin’s unique identity and urban resilience in total. Next to raising awareness for disappearing spaces in Berlin, we stand In solidarity with Spaces of Urgency in Colombia, Holland, Pallestine, Exarchia (Greece) & Tbilisi (Georgia). 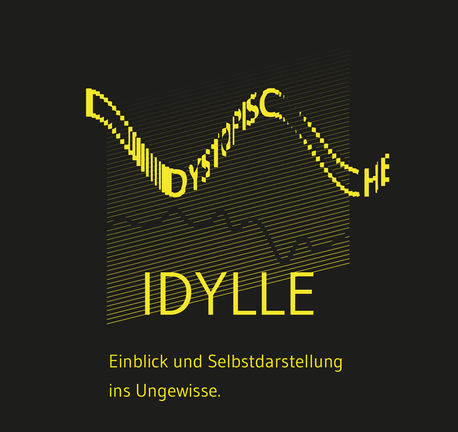 We are very pleased to invite you to our exhibition "dystopische idylle" which will take place from Thursday to Saturday from 4 pm to 8 pm from now on until June 19th at the Atelierhaus Mengerzeile und Kunstraum (Mengerzeile1-3), Berlin. We would be very pleased to see you there!

You can register on this link:

Artistic collective “x-tractor”, was born in 2005, is based in Berlin , formed by Blanchebln (filmmaker) , Traum_A ( djane ) , Ronald Davila (sound engineer) and k@kita . "x-tractor" has realized many multidisciplinary projects and collaborations . As all the members of x-tractor come from the “free techno scene” they are convinced that free culture is making a change in a society where marketing, media and money play a huge role and where arts and culture is often commercialized . Proposing “free” art and culture is an act of activism and creates a deep connection with the people . Using their media channels, internet radio and streaming services, the collective brings the content directly to the audience. Also understand itself as a platform for independent artists, musicians and other insubordinate ones. Feel free to make a contribution in this chaos. 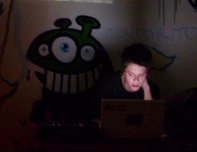 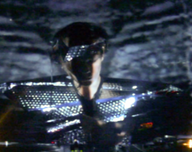 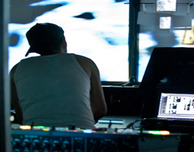 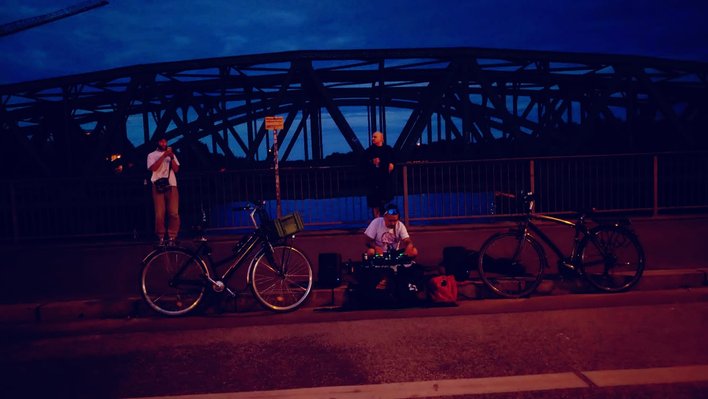 Cadavresque from Blandine Casen on Vimeo.

This exquisite corpse was conceived in April 2020, during the Covid 19 outbreak in Berlin.

Rules of this exquisite corpse: